In August 2021, the poker rooms are promising players an interesting series with multi-million dollar prize pools. Many of them begin in the coming days, and before you get acquainted with them, we suggest that you study all the innovations of the last month.

In the coming month, promotions and tournament series will be held in many rooms. For example, GGpokerok will host the World Series of WSOP, and rooms such as PartyPoker and Redstar will delight players with great promotions. Let’s talk about them in more detail.

The PokerKing room is distinguished by two events at once. Firstly, a major OSS Cub3d series with a $ 20 million guarantee will be hosted here from August 1st to August 29th. Secondly, the big tournament The Venom, which starts soon, does not seem to have reached the prize pool. At this point, 3 flights have already passed, which have gained 2332 entries, and to beat the guarantee, 4000 are needed. There are suspicions that the required number of entries for the remaining satellite will not be enough, which means that the tournament with a buy-in of $ 2650 and a prize of $ 10 million will become an overlay.

PartyPoker has extended the Magic Cards promotion until August 22nd. It allows you to get lottery cards, which are issued up to 5 pieces per day for each rakeback point. You can get up to $ 2,000 from one card at most!

The Boosted Cashback additional promotion has also been extended. As you earn points, you will additionally receive 10% of the top amount.

In the period from August 29 to September 13, players will find the WPT Main Event, the cost of entering which is $ 5300. You can qualify for it through step satellites, which are held daily. You won’t be able to qualify directly, but it can be done through the weekly finals that run on Sundays.

Room GGPoker has received one of the largest lists of updates. We propose to briefly consider all of them.

Some time ago, a completely new format was launched in the room, which included shootout tournaments and All-in or Fold. These are 4-max tournaments, the game is played until one player is left on the slot, after which the final table starts.

At the start of the tournament, all players receive 800 chips (500 for Omaha), and 3 stacks. They can be used either immediately or at the request of the player. If you have less than 2 BB left, then the re-purchase will be made automatically.

The final table starts with the first level of blinds and refreshed stacks. All finalists receive winnings depending on the place taken and the limit played:

This tournament format has been significantly accelerated. Now it starts with a set of 30 inputs, not 100 as before.

The Rush Stage lasts 15 minutes, after which the 15 surviving players move on to the next round. Further, the pre-final stage of Shootout lasts until the finalists, that is, 5 players, are determined. Please note that after 5 minutes, all players automatically go all-in. The final stage is in 5-max format, and all finalists receive prizes depending on their places. The minimum you can get is 10.64%, and the maximum is 27.40% of the prize fund.

In the period from August 1 to August 31, a Gift Box promotion is held in the room, thanks to which you can receive sets of tickets. You can get such a prize for participating in MTT tournaments by collecting points. The more you play and the higher the limit, the more points you get.

A classic race where you earn points for playing Flip & Go. In addition to being awarded for buy-in, you will also receive additional points for starting combinations:

Every day from 9 a.m. to 11 a.m., you will receive additional points as part of the Happy Hours promotion.

The leaderboard is divided into 9 levels – one for each limit. Points are awarded for paying a buy-in and winning a tournament. There are also happy hours, which increase the amount of points by one and a half times.

The All-in or Fold leaderboard has been around for a long time. Points are awarded here for participating in a hand with 3 or more players who have reached the showdown.

Prizes are given out in cash dollars, and happy hours from 9 am to 11 am Moscow time will help you get even more points.

When playing for real money, you will earn points for raked hands. During Happy Hours, their number increases by a factor of x1.5. All prizes in the table are given in cash dollars.

The leaderboard is divided into two disciplines and 7 existing limits. You can get points for performing actions:

If you play in the morning, that is, from 9 to 11 am, then you will be given 2 times more points. Prizes are awarded in cash dollars.

Classic shortdeck ladder – one per limit. Points are awarded based on the number of raked hands played. Happy hours are common here: from 09:00 to 10:59 Moscow time.

Prizes are awarded in cash dollars.

Points are awarded based on the number of tournaments of this type played. For each buy-in made, 1 point is awarded. Happy Hours are slightly shifted here: from 11:00 to 12:59.

The Vbet room hosts a large series of tournaments in the turbo format. Buy-ins range from 55 cents to 33 euros. Tournament guarantees start at € 100 and go up to € 15,000. Below we offer you to get acquainted with the largest events:

Tournaments are held with a non-standard structure. During late registration, levels of 5, 8 and 10 minutes alternate with each other. After registration is complete, the blinds increase every 6 minutes.

Players are advised to pay attention to the leaderboard, where 5000 euros are played out. They will be split among the top players with the most points. They are awarded for buy-ins, re-entries, and, of course, for prizes at the final tables.

A major series will be held at 888poker from 8 to 16 August. It consists of 24 Hold’em events with buy-ins ranging from $ 2.20 to $ 50. Also, along with the series, special Splash Party free-rolls will be held:

If you want to take part, then you need to make a minimum deposit and complete any mission. Up to 3 tasks can be done every day.

RedStar runs the Bounty Hunter series until September 7th. Along with the series, a leaderboard appeared, in which you can win great prizes. They are received by the players with the highest number of points, which are awarded 1 piece for each knockout. The awards are as follows:

An additional promotion for players consists of a lottery with prizes of € 25,000. It is very simple to take part in it, you just need to complete one of two tasks:

One spin of the wheel is awarded for each ticket, that is, one guaranteed prize. The list of rewards includes free spins, bonuses, and cash rewards from $ 5 to $ 250.

Twister players can take part in a leaderboard with a prize pool of € 12,000 per week. By earning points for participation and victories, you can win one of the following prizes: 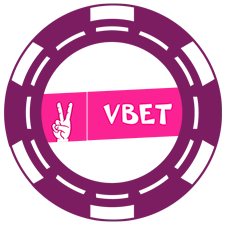 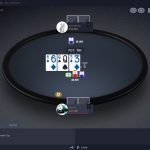 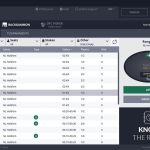