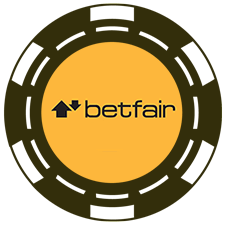 Betfair Poker is the flagship poker room of the iPoker network, which in turn is one of the best and largest networks in Europe. Constant improvement of the playing conditions, improvement of software and competent management are gradually increasing the position of Betfair Poker in the rating of world poker rooms.

Betfair is a world renowned bookmaker that was founded back in 1999. The poker room of the same name was opened later, but almost immediately gained popularity among poker fans. Betfair is part of Flutter Entertainment, a major gaming corporation.

Poker players from around the world can register at Betfair Poker, but in some countries the use of Betfair Poker is restricted due to their gambling laws. These include Canada, China, France, Estonia and Russia. This room attracts poker lovers with high traffic, relatively weak field, HUD support, profitable promotions and bonuses, as well as good rakeback.

The iPoker network, and therefore the poker room itself, Betfair Poker ranks 10th in the world in terms of cash traffic. At the peak of traffic, in the evening CET, the number of connections can reach 4 thousand.

The most popular in the room are cash games with the rules of Hold’em and Omaha at 6-max tables. The micro-stakes and low-stakes have the most tables. So, at each of the limits NL2, NL4 and NL10, from 10 to 15 tables are collected at peak times. The NL100 limit is also quite in demand. There is also a game at higher rates, up to NL1K. Omaha is not that popular and collects about half as much traffic as Hold’em.

Fast poker at Betfair Poker can be played at only two limits: NL5 and NL20. In the evening, about 40 people gather at the first limit, and 60 at the second. Also in the room under consideration there is 6+ Hold’em in the range of limits from NL4 to NL100.

Spins are the most popular among SNG tournaments. There are seven buy-ins available, ranging from € 1 to € 100. Lottery tournaments are held in the classic hyper-turbo 3-max format. The prize fund is formed randomly and depends on the dropped multiplier, which can reach x1000. The most common odds are x2, x3 and x5. The probability of getting the maximum multiplier is 1 in 50,000.

You can play exclusive Spins called Age of Gods, which are organised at the limits of 1, 5 and 10 euros. They have a different structure – the blinds are raised after 2 minutes, and there are only 100 chips in the initial stack. In these Spins, a part of the prize fund goes towards the formation of an additional jackpot. A total of 4 jackpots are played out with a prize fund ranging from 500 to 100 thousand euros. Such jackpots can be played at any time, regardless of the dropped multiplier.

The Betfair Poker application was developed by Playtech, which created software for all rooms on the iPoker network. The modern client was released in 2016. Well-thought-out navigation allows you to find the disciplines and types of poker of interest in just a couple of clicks. With the help of detailed filters, you can sort games by various parameters. From the main lobby, you can go to the sections: cash, twister, speed, 6+ Hold’em, sit and go, tourney.

There are no waiting lists at Betfair Poker. To see the nicknames of the players at the table, you first need to sit at it and place the BB. This moment complicates the table-select process.

To view all available bonuses and make settings, go to the My Account section by selecting it from the top menu. Using the Cashier section, you can deposit and withdraw money.

It will be a significant advantage for the regulars that Betfair Poker maintains statistics collection software. However, in fast poker it will be possible to display the HUD only at the first table of the same limit. Otherwise, there are no restrictions on the use of trackers.

Rake at Betfair Poker is charged according to the standard scheme, in proportion to the contributions to the pot by each player. However, rake points are awarded according to the Source Based Rake system, i.e. and their number depends on how much deposits were made and how much money was won. Thus, plus-minded regulars will receive less rake from the same pot than losing recreational players. Consequently, the rakeback at Betfair Poker will count towards this reduced rake share.

The rake in cash games ranges from 5% to 6.67%. The largest commission is charged at micro-stakes – NL2-NL10. The cap depends on the limit played and the number of participants in the hand, and is 0.5 – 4 euros. In multi-table tournaments, 10% rake is included in the buy-in. In Spins, 7% is deducted as a room commission.

To receive rakeback at Betfair Poker, you must participate in the poker room’s loyalty system, which consists of three levels. The first, bronze level, is given to all players. To go to the second, silver, you need to collect 1.250 status points in a month. To reach the gold, the highest level, you need to get 12.500 SP in a month. For each euro of rake, 25 points are awarded. Points are automatically exchanged for cash, the exchange rate depends on the level occupied. So, at the gold level, € 15 is awarded for 1.250 points.

New players can get extra rakeback by taking advantage of the first deposit welcome bonus. The bonus amount is 200% of the deposited amount and does not exceed 200 euros. You have 60 days to wager bonus funds. For every 1.250 SP, the player is credited with 10 euros, which corresponds to 16% rakeback. Also, new players after making a deposit receive two tickets for free-rolls with a guarantee of 250 euros and four tickets for 10 flops in euros at tables from NL5.

Participating in the monthly rake race will also give you increased rakeback at Betfair Poker. € 35,000 is played out and the 250 most active players get into the prize zone. For the first place, 1.500 euros are paid, and the players in the 129-250 places receive 20 euros each.

Betfair Poker supports all popular payment systems. The commission for deposits is not charged. The money is credited to the account instantly. Withdrawals to e-wallets are usually carried out within 24 hours. When you cash out to a bank card, the procedure can take a maximum of 5-7 days. The minimum deposit and cash-out amount is 10 euros.

Based on the reviews about Betfair Poker, we have compiled a list of the main advantages and disadvantages of this room. Among the advantages, users of the room most often noted the following:

Among the shortcomings, most often noted are the SBR rake distribution scheme, which will be disadvantageous for regulars, high rake at micro stakes, and the presence of grinders who play rakeback.

To register at Betfair Poker on the most favoгrable terms and get additional bonuses, please contact our managers.

❓ Why is it profitable to play on Betfair Poker?

Winner Poker is a part of iPoker's network and you can always find a good game at all limits and in all disciplines. There are a good rakeback deal and perfect bonus for the first deposit for PokerProDeals players.

Betfair Poker gives new players a sign-up bonus of up to €1500.

❓ What rakeback can I get playing on Betfair Poker?

Playing from PokerProDeals can get you up to 35% rakeback in Betfair Poker. Contact with us via Skype or Telegram to get more deal details.