WPT, the well-known brand, under whose auspices the largest tournaments have been held for over 20 years, has now acquired its own room – WPT Global. The room was launched in April 2022 on a new gaming platform. Given such a high status of the WPT brand, you can be sure of the reliability and security of this poker room.

When developing software, modern technologies were used. Therefore, right after the launch of the room, a mobile client became available, cryptocurrencies were accepted as a payment, stylish NFT avatars were implemented. You will not be able to use auxiliary software in WPT Global. Playing through VPN is prohibited. Registration for Russians, Belarusians and Ukrainians is not available.

The games in WPT Global are held at cash tables up to NL2000, in most cases with straddle and at 8-max tables. Here, you can find many Hold’em 6+  tables with ante from 10 cents to 16 dollars. Many interesting features have been implemented, such as Splash, Bomb Pots, jackpots. The tournament bracket includes events worth from $2 to $550, as well as freerolls and satellites to participate in the World Series of Poker. $10K is awarded in the monthly rake race. It is not difficult to get into the prizes, because the room is new and there are not many participants yet.

The games and traffic

Due to its young age, WPT Global does not yet boast high traffic. At peak times, the number of connections does not exceed 500. Most of the players gather here between 6 AM and 8 PM Moscow time. They play in the room for Chinese yuan, which are then converted into dollars in the lobby. The most popular here is Texas Hold’em, where you can find tables with limits from NL1 to NL800-2K. All tables are played in 8-max format, mostly with straddle.

WPT Global is also suitable for fans of short deck Hold’em. This format is represented by several limits with ante up to $16.

Thanks to unique chips, more dynamics was added to the cash tables. For example, with the Bomb Pots feature, once in 12 minutes 8 antes are withdrawn from all participants in the distribution to the pot. Then the flop cards are dealt, and the game continues. Jackpots are awarded for collecting the strongest combinations.

You can also play fast poker at WPT Global. The rules are similar to other popular poker rooms – as soon as you fold, you are automatically moved to another table and start playing again. So far, only two limits are available – NL8 and NL32.

The room did not forget about the fans of tournaments too. Every day there are tournaments with buy-ins from 2 to 109 dollars. In addition to traditional Hold’em, here they play short deck and Omaha. Two popular deep stacks are available for $109 and $550. There are knockout tournaments, freerolls and satellites to live tournaments (as part of the WPT series) are held. Some of the tournaments are held over several days. For example, in Golden Weekly, over $100K is awarded for $80. Satellites are also held for such tournaments.

To comfortably use the WPT Global app, you will need 4 GB of RAM and 0.5 GB of free space. The client runs both on Windows and MacOS. The application interface is quite familiar and convenient. At the top, there are tabs with the main disciplines. Among the shortcomings, one can single out the display of stacks at cash tables in Chinese yuan. Now that the room was launched in test mode, it will not be possible to play more than one table at the same time.

A mobile version of the client is available, which can be installed both on iOS and Android devices. Convenient filters have been implemented, with the help of which you can quickly sort tables and tournaments by several parameters. Tables can be displayed vertically in the mobile application.

Withdrawal of funds may take from 1 to 5 days from the moment of account verification. To pass verification, you will have to send scans of an identity document and a utility bill. When making any transactions, the poker room does not charge a commission. However, there are two restrictions: if the deposit is not wagered at least once, the commission will be 8%; if the player has 10 times more deposits on his account, he will be able to withdraw no more than € 5000 per month.

The rake in WPT Global is calculated according to the popular Weight contributed system. This means that when calculating the rake, the limit and the number of players that are present in the pot are taken into account. Depending on the limit, the commission for cash tables varies from 4% to 6%. The rake in tournaments is included in the buy-in and equals 10%, which is standard.

Additional rakeback can be obtained for participating in various promotions. For example, there is a welcome offer for beginners, according to which the first deposit is doubled by up to $1200. Wagering conditions – for every $20 you get $5. If you do not manage to wager the entire bonus within 90 days, only the unclaimed part will burn out. Every month there is a rake race where a $10K guaranteed prize pool is awarded. 40 first places get prizes. The winner takes $1750. For each dollar of rake, 2 points are awarded.

Contact PokerProDeals for an exclusive deal with WPT Global. We will provide the most favourable conditions for signing up and playing in this room. You will be able to receive increased rakeback, and therefore, win more. In addition, our staff is ready to provide you with prompt assistance with any questions regarding the game or financial transactions in WPT Global. 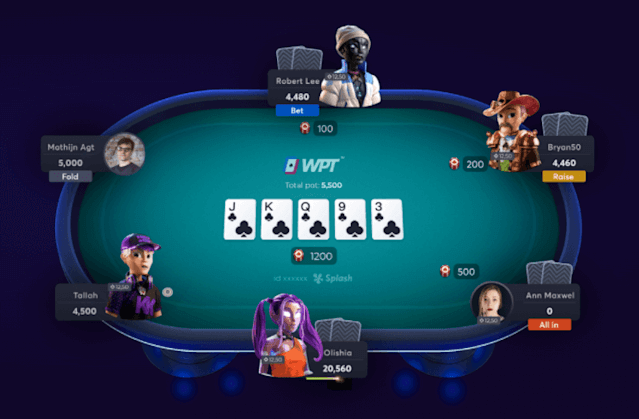