CoinPoker is the largest cryptocurrency poker room that was launched in 2018. This room was the first to use blockchain technology in RNG. CoinPoker allows you to make financial transactions in USDT, Bitcoins and Ethereum. The room also has its own cryptocurrency – CHP, which is used only to collect the rake.

Coin Poker is well known for its expensive games, which are often played by the owner of the company, Tony G. The largest pot in the history of online poker was played in this poker room. They play here not only no-limit Hold’em, but also Omaha, five-card Omaha and open Chinese poker. There are multi-table tournaments with guaranteed prize pools, and you can also play Spins.

CoinPoker regularly hosts leaderboards for cash and tournament players. A small rake of 4% and a fixed rakeback of 30% create excellent conditions for the game. The strength of the field is relatively weak, because crypto owners often drop in to the cryptocurrency poker room for entertainment.

The games and traffic

CoinPoker cannot boast of high traffic. At peak times in the evening, there are only 400-500 connections. The most popular discipline is no-limit Hold’em cash. Bets start at $0.01/0.02 and end at $1000/2000. Sometimes super high rollers games are played with stakes of $5K/$10K. PLO4 and PLO5 are not as common as Hold’em, but these disciplines are not inferior in terms of limits. Up to 6 tables are gathered in Chinese poker in the evening, they play with a jackpot of up to 1 dollar.

When the CoinPoker room was opened in 2018, 3 packages for participation in the Main Event of the World Series began to be played out in it. The cost of participating in daily guaranteed tournaments ranges from $2 to $1K. Tournaments with guarantees of hundreds of thousands of dollars are held periodically. Fans of free tournaments will be able to play freerolls, which are held here several times a day. The prize fund in such freerolls is $50.

As for the Spins, there are Hold’em and Omaha single-table tournaments with buy-ins from $1 to $10 and a maximum multiplier of x1000.

Coin Poker uses TGLab software. The application is multi-platform, has high functionality and user-friendly interface. Among other languages, Russian is also supported. You can change the table canvas, the display of decks of cards and shirts in the settings. It is also possible to convert stack sizes from currency to blinds. You can set up automatic redemption. Many other useful features are implemented in CoinPoker too.

Due to the fact that the RNG is built on the basis of the blockchain, a special degree of reliability is guaranteed. After the distribution is completed, you can look at the cards of the deck and make sure that the shuffle was random. The source code is publicly available, and if any enthusiasts manage to prove the inconsistency of this technology, the room promises to pay them 1 million CHP.

Trackers for collecting statistics in CoinPoker are not allowed. The rules of the room prohibit the use of converters and other software.

Considering that all financial transactions in the poker room are carried out in cryptocurrency, there are no limits on the minimum and maximum amount of deposits and withdrawals. The only limitation is that you can only withdraw more than 5 USDT. You can deposit your account in Ethereum, bitcoins, USDT and local currency – CHP. Deposits are received instantly.

Withdrawals can take from 2 to 48 hours. The commission when using bitcoins is 5%. With Ethereum – 5% and 10 USDT. Using USDT on the ERC network, you will have to pay 20 USDT. In the Polygon network, no commission is taken.

CoinPoker has a fixed rakeback of 30%. To receive it, you must have CHP on your account. To get a local crypt, you will need to either make a deposit in it or exchange it in the client. Additional rakeback can be received for participating in leaderboards.

Pros and cons of playing at CoinPoker

For some players, the lack of support for HM3 and PT4 may seem like a disadvantage. Another disadvantage of this room is its low traffic.

Contact PokerProDeals managers to get the most favourable conditions for signing up and playing at CoinPoker. You can get increased rakeback and enjoy exclusive bonuses with our help. You can also expect prompt support from our staff. 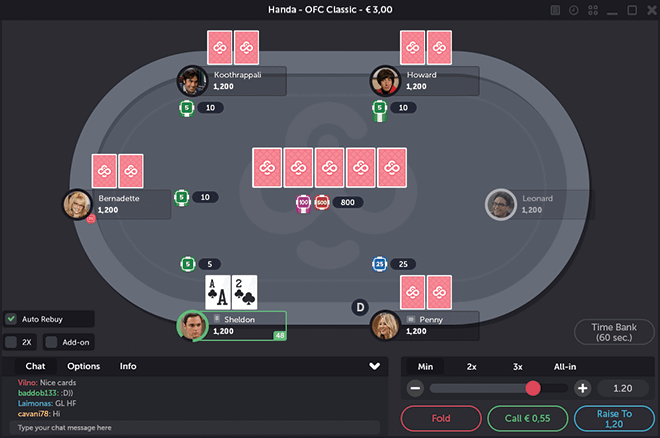