The world’s largest poker network, GG Network, has released its mobile application for playing in private clubs called ClubGG. By its principle of organisation of the game, this application is similar to PokerBros and PPPoker, and it may well compete with them. Specialists from NSUS Limited worked on the creation of the software, and the product was released in beta version in January 2021.

As with other similar apps, in ClubGG you can create private clubs and play them for free with your friends. The mobile client can be easily installed on any Android and iOS device. The creators of the clubs can invite their friends to them to hold private games.

At the moment, the application is working in test mode and is limited in functionality. Therefore, it is possible to create tables only with the rules of Hold’em and Omaha. After the release of the full version, it will be possible to organise games of Chinese poker and Hold’em 6+. Talking about the available translation languages, only English and Spanish are currently available. But the interface is intuitive, so even without knowing foreign languages, you can easily figure out how to operate.

The traffic and games

Considering that ClubGG has appeared recently and now is only in the testing stage, it is too early to talk about the volume of traffic. However, it is already possible to create cash tables with the rules of No-Limit Hold’em, as well as organise tournaments in this discipline. The application also allows you to open the PLO4 and PLO5 tables.

The organisers plan to add Chinese poker and Hold’em 6+ a bit later. It is also possible that all the games that are presented in the rooms of the GGNetwork will appear in the closed clubs of ClubGG.

The game of poker at ClubGG takes place in private clubs. To create such clubs, you need to follow a few simple steps:

Now every registered ClubGG user can apply to join the club by specifying his ID. But in order to start the game, the administrator must create tables. This process includes several stages:

Also, for each table, you can configure the VPIP%, which must be respected by all players. If a player, based on the results of a certain number of hands played, does not often participate in the distribution, he will be removed from the table. For example, if you set the VPIP% at 40% with a sample of 50 hands, players who do not play at least half of 50 hands will be automatically removed.

The procedure for joining ClubGG clubs is quite simple. You just need to find out the ID of the club, which the owner can provide, and then apply. As soon as your application is approved, you will see the club plate in the menu. To get access to the biggest clubs with weak pitches, please contact our manager. With the help of our agent, you can also make deposits and cash-outs.

The ClubGG app is designed for mobile devices and has a vertical orientation. Compared to many similar platforms, ClubGG has more flexible settings, better graphics and advanced features.

In the upper part of the lobby, the player’s nickname, balance in virtual chips and a bad beat jackpot are displayed (if it is played in this club). Also in the lobby of the club you will see tables available for playing. Using filters, you can customise the search for games of interest.

Each table is marked with icons, by which you can find out the following information: the number of active players, the size of the blinds, the format of the poker, the time elapsed since the opening of the table. Only active tables are marked with yellow arrows, which makes it easier to find.

By design, ClubGG clubs resemble the GGPokerOK. Similar sets of smiles are available to users, they can use the numeric keypad and buttons for bets. The tables are in portrait orientation.

The maximum number of tables that can be played simultaneously is limited to three. To play more tables, you need to download the application to your computer and use an emulator. Using ClubGG on PC, you can also connect HUD via converter. Without the use of additional software, you can view your own statistics in the application. To do this, go to the “Career” section, which contains data on the number of hands and tournaments played, the number of wins, basic statistics (VPIP, 3-bet, PFR), etc. You can also view the history of hands played in the Profile tab.

Considering that ClubGG is played with play chips, this application is available in the official App Store and Google Play store. You can download the software for free from any country in the world.

As mentioned above, club administrators have the right to set the rake size for each game themselves. As a rule, the commission for cash tables is set in the range of 3% -5%. Also, club owners can adjust the size of the cap, which is most often 0.1BB-3BB, or none at all.

How to deposit and withdraw money at ClubGG

The game inside the ClubGG clubs is played in their own currency called Diamonds. As with other applications of this type, the fictitious currency has real value. To make financial transactions, contact our managers.

Why should you play ClubGG? There are several reasons for this:

Among the shortcomings, we can note the non-standard system of organising the game, which at first will not be very convenient. Also, on of the disadvantages is the inability to independently conduct transactions.

If you have any questions regarding ClubGG and joining its clubs, you can contact our managers.

❓ Can I install ClubGG on my PC?

We provide an access to only proven ClubGG clubs with a good action and a big amount of weak players. The list of players constantly changes, for more details contact us in Skype or Telegram.

❓ Can HUD be used on PPPoker? 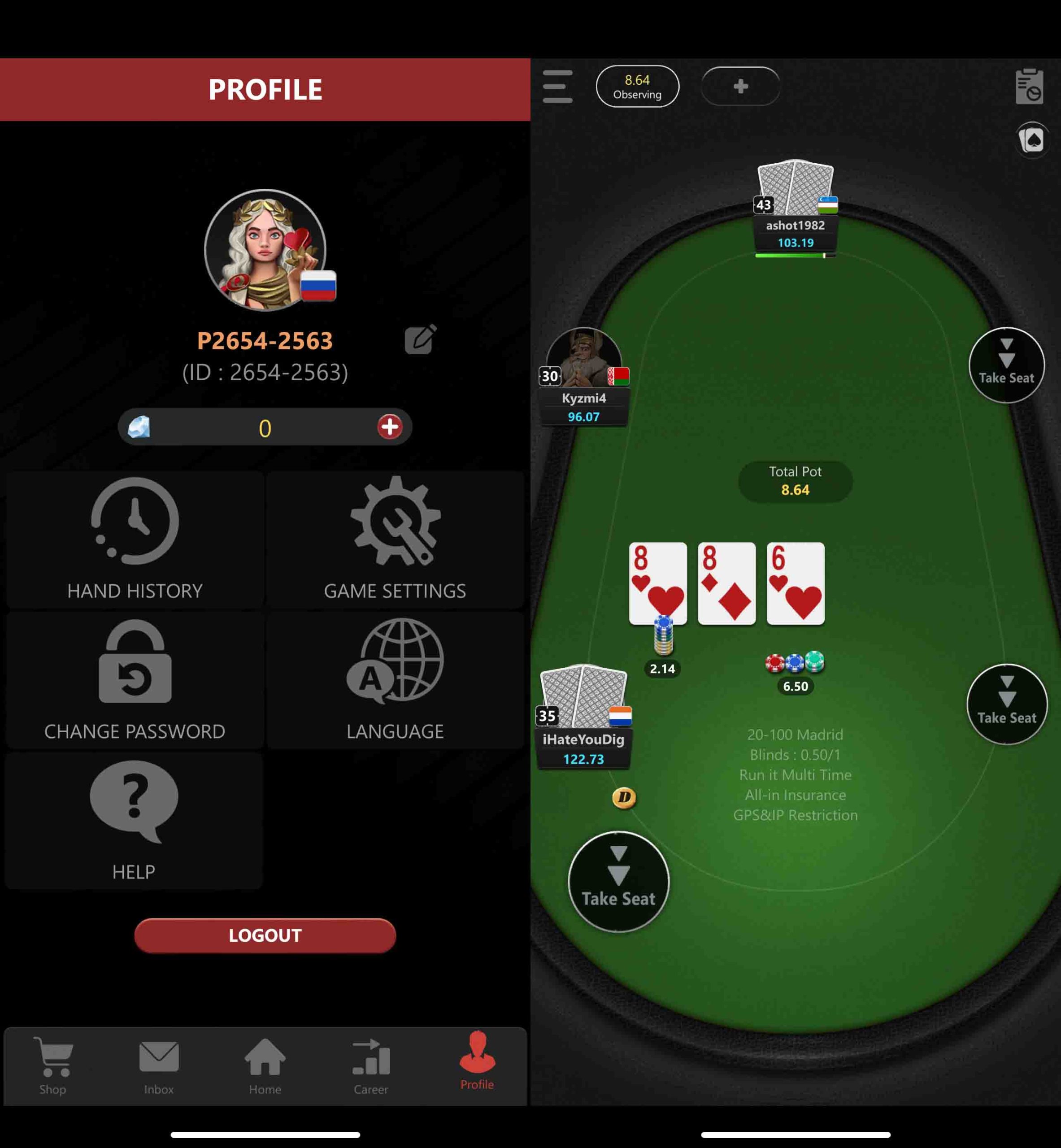