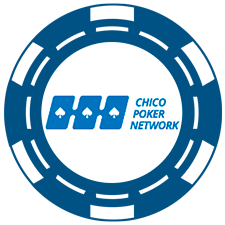 Chico is a quite young poker network – it was created in 2012 as a result of departure from the gaming industry of another network, the Action Poker Network. At this moment Chico is one of the 20 largest networks by attendance. Chico cannot be called the leader of online poker, but this network attracts users not because of traffic, but because of the weak field and some other advantages.

Chico Poker Network was created by Julian International Holdings. It decided not to develop the network from the very beginning, and simply acquired the already functioning and operational Action Gaming network, which at the time of purchase was not going through the best of times. Chico conducted a complete rebranding, paid off the debts of the past owner and began to actively develop its network. It is noteworthy, but the largest poker room Action Gaming didn’t go to Chico and decided to change the network to Equity. This was probably the fateful decision for the room, as in 2016 it ceased to exist, not even being able to make a payment from the accounts of its users.

But Chico, on the contrary, has started developing successfully. Attendance was increased from year to year, mainly due to recreational players from the USA and Canada. The Chico network has deviated from the course of development of the Winning Poker Network, which is the most promising American network. At that time, Winning Poker Network adhered to the 2012 PokerStars model, focusing on attracting poker professionals. Winning made a small percentage of rake, as well as favorable conditions for receiving cashback for players who play a large rake size. At the same time, Chico focused on attracting amateur players. In the rooms of this network, the rake was slightly higher than the average, and with the help of rakeback there is a chance of returning a small percentage of rake.

But why then Chico attract new users and doesn’t allow regulars to think about changing it? This will be discussed in the next chapter.

For US users Chico networks became attractive due to its reliability and high speed cashouts. In any poker room of this network, you can quickly and safely withdraw money from your account. For example, the TigerGaming room guarantees you that the cashout will be made within 24 hours from the date of application. If these conditions are not met, the poker room promises to accrue a double amount of cash out.

As for Russian poker fans and players from other CIS countries, they prefer the Chico network due to its relatively weak fields. A large number of recreational players from the USA and Canada are registered in these network’s rooms, who create action not only at low and medium limits, but sometimes even at the highest. In 2019 the maximum limits player under the nickname “gerrywoo” attracted the general attention. In just a couple of months, he managed to lose more than one million dollars. Such “professionals” are often found here, which attracts regulars from other countries.

The poker client received significant changes in 2016 when the company Connective Games took up the development of software. The new client has become more familiar and convenient.  Although the client doesn’t support poker trackers, you can use converters that will make it possible to collect statistics using Hold’em Manager or Poker Tracker.

The software of the poker rooms is being regularly updated and getting more convenient and functional. Recently, the structure and schedule of tournaments has been revised, and their own unique series of the network have appeared. Chico increases the number of playable formats – a fast poker was added, a Hold’em with a short deck and Spins.

Overview of poker rooms of the Chico network

TigerGaming is the flagship room of this network, which began its existence in 1999. Only in this poker room of the Chico network Americans are unable to sign up, but there are enough US players here – they sign in from two other rooms. Despite the fact that software for all the rooms was developed by one company named Connective Games, it was TigerGaming that received the most functional and convenient interface.

There is a relatively large attendance of cache tables in TigerGaming, which are presented here is not in the quite standard format – 4-max, 10-max and 9-max. Because the peak traffic is observed in the evening USA time, the largest number of opponents could be found here in the morning Moscow time. The limit range for tables with no limit Hold’em is from NL10 to NL2000, and the 4-max format is gaining more and more popularity. Pot limit Omaha can be played at tables from PLO10 to PLO1000. Also, in this room you can easily find heads-up tables. The cost of a ticket to multi-table tournaments varies from a few cents to $ 100, the guarantees can reach $ 50 thousand. Sit and Go tournaments are also here, the cost of participation is up to $ 215.

SportsBetting is one of three Chico poker rooms. It was established back in 1991 and initially specialized in sports betting, but later began providing online casino and poker room services. Because of the presence of a bookmaker’s office and casino, the field in this room is rather weak, and consists mainly of recreational players from the USA and Canada.

The maximum number of players at cash tables and SportsBetting tournaments can be found from 3-4 to 8-9 a.m. Moscow time. The room provides an opportunity to play at the 4-max, 9-max and 10-max cash tables in accordance to the rules of Hold’em and the limit Omaha in the range of limits from 10 to 1000. Here you can find a quite extensive tournament grid. Most tournaments have buy-ins of up to $ 5, but on weekends many events costing up to $ 100 and a guarantee of up to $ 100 thousand are held. You can play SnG for a maximum of $ 215.

Betonline Poker is another representative of the American betting market that has expanded its specialization in casinos and poker. Thanks to this, recreational players who has come from a bookmaker’s office or casino are constantly sitting at poker tables. The room is characterized by rather high traffic at all limits, both at cash tables and in tournaments. Also, the advantage of this poker room is its fast cash out that could be performed during the day. Despite the fact that all Chico network rooms don’t support any poker trackers, Betonline Poker allows you to use a special converter to collect statistics on opponents.

The American poker network Chico attracts abundant presence of recreational players from the USA and Canada. Despite the slightly overpriced rake and not the biggest traffic, these poker rooms can be much more profitable than the more popular rooms. For details on how to sign up and play in these rooms, please contact our managers.

❓ Why is it profitable to play on Chico Poker Network?

Chico Poker Network is open to US residents. Thus, the field in this room is rather weak.

❓ Can HUD and HM3/PT4/Hand2Note be used on Chico Poker Network?

Yes, you can use HUDs and statistics trackers on TigerGaming using a converter. Contact with us via Skype or Telegram to get the converter.

❓ What rakeback can I get playing on Chico Poker Network?

Playing from PokerProDeals can get you up to 60% rakeback in TigerGaming room. Contact with us via Skype or Telegram to get more deal details.