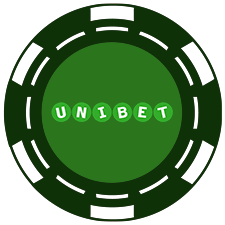 Unfortunately, the deal in Unibet Poker is currently unavailable. Contact our manager and we will try to find you an alternative poker room

Unibet Poker is British poker room. The company, which founded it, opened in 1997 and started off as a bookmaker, which is typical for English gambling companies. In 2000 Unibet Group Plc was founded, the company received an international license and significantly widened the range of games. Unibet Poker was created in 2004. Since that time to March 2014 it has been the main room of Microgaming network.

On March 3, 2014 Unibet Poker left Microgaming and started working on exclusive software by the company Relax Gaming Limited. The main goal of separation was the need to start independent policy of poker room development in the light of changes online poker industry faces.

Unibet Poker is in the middle of second ten of top poker rooms and networks. They are losing mere 25% of traffic to the whole Microgaming network. They have several thousand players at the tables in the evening. Due to the specialty of the software, we can’t exactly tell you the number of tables at each stakes limit. Game currency is euro.

PLO has the following traffic: PLO4 – more than 100 connections, while there are 20 to 50 connection at each of other stakes limit, and higher stakes have more players (with maximal stakes at PLO800, just like in Holdem).

SNG is 5-max turbo. Maximal stakes limit is 100 euro. Two of the most expensive stakes limits have action only episodically. Fours stakes of 10 euro and less have 100 players each. 50 players play with buy-in of 25 euro.

Unibet Poker has lots of micro stakes MTTs. The main tournaments of the poker room are the following – daily: €2.000 GTD Evening DeepStack for €10; Saturday - €4.500 GTD Saturday Stack for €100; Sunday - €4.000 GTD Sunday Entitled for €90. Most of the tournaments rarely have more than 100 people. Omaha tournaments have a decent share.

Unibet Poker holds its own live series of tournaments called Unibet Open with Main Even packages available in satellites with buy-in starting at €1.

Full focus of Unibet Poker towards supporting amateurs is most notable in its poker client. Its 2.0 version was released on December, 1 2016. As we’ve mentioned earlier, one is unable to see tables in SnG and cash games and the seating is random – so there are no waiting lists and opportunities to track other clients of the network. There are no stakes higher than NL 400.

One account may have up to 5 nicknames and you can play using all of them at various tables. You can also delete your nicknames and get new ones.

Main lobby of the client is minimalistic: game selection is in the center. Upper part is occupied with ad banners of the poker room, by clicking on the name of the room in the upper left part of the client you will call for additional window with the link of different info on it.

The client and table settings are minimal and there is a wide selection of options of the table – from fun ones to the comfortable for multi tabling. The tables is the new client have wide-length ration of 16:9. The size of mini-table in the new client is now comparable to the ones at other rooms, they were bigger in older version of the client. The cards are seen good at the tables. There is no chat for the players, or something allowing them to make notes. One can’t adjust bet sizing.

Trackers aren’t supported at all.

Rake in Omaha is different only at PLO25-50 – it is lower than in similar stakes in Holden and is 3 and 3.5% respectively.

Banzai has rake of 1% with cap of 3 euros at all the stakes.

Loyalty-system of the room is based on calculating the number of hands with flop the player participated in and points credited for them. The higher the stakes, the more points you receive. Then you will be able to receive cash rewards and bonuses. First deposit bonus in Unibet Poker gives 25% rakeback.

Playing in this room from PokerProDeals, you will get an opportunity to get 50% rakeback. Contact us to receive additional information.

❓ Does Unibet Poker have a bonus for the first deposit?

Unibet Poker gives new players a bonus of up to €200.

❓ Can HUD be used on Unibet Poker?

No. Unibet Poker has forbidden HUDs and statistics trackers usage, such as Holdem Manager, PokerTracker and Hand2Note.

❓ What rakeback can I get playing on Unibet Poker?

Playing from PokerProDeals can get you up to 50% rakeback in Unibet Poker room. Contact with us via Skype or Telegram to get more deal details. 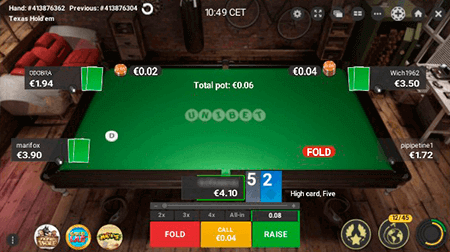 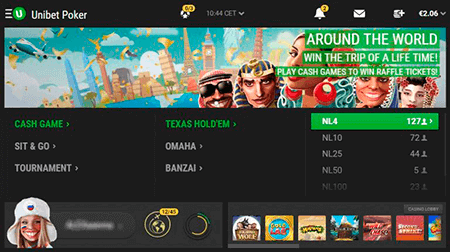 How to register in Unibet Poker?