The peak of poker room attendance has already been passed, but July promises to be no less hot than the first month of summer. From July 19 to September 6, 54 WSOP-2020 bracelets will be played out in the GGPokerOK room. Six daily leaderboards with a total prize pool of $ 20 million were prepared for this event. In June, BestPoker joined the iOS network, in honor of which a 200% bonus on first top-up and rakeback of up to 35% became available.

For the first time since the founding of the World Series of Poker, this anticipated event will be held online. In this regard, GGPokerOK has organized leaderboards, participating in which you can become the owner of tickets for WSOP tournaments and cash.

Fans of fast poker can participate in the race with the biggest daily prize – $ 25.000. The leaderboard is divided into several groups according to the type of poker being played and the limit. Points are awarded for various actions:

In happy hours falling from 8 to 10 am Moscow time, all points earned are doubled. Only points collected in the period from 10.00 to 09.59 hours Moscow time are counted.

Another $20.000 in form of buy-ins for satellites of the World Series is played out daily between players of ordinary cash tables with the rules of Hold’em and Omaha. During happy hours (8:00 – 10:00), the amount of points won is multiplied by 1.5 times.

If you prefer to play the Spin and Gold lottery tournaments, you can participate in the race with a total prize of $ 10.000. This leaderboard is divided into 8 groups according to the played limits. The number of points issued depends on the cost of the ticket and the position taken. Happy hour lasts from 08.00 to 10.00 and at this time the multiplier x1.5 is valid.

Players of the All-in or Fold format can participate in one of the 4 Flipout tournaments, where up to $10.000 is played out and held place every day. To do this, play from 100 hands at AoF tables at the selected limit. You can also play 100 hands on all available bets to win buy-ins in four tournaments. Flipout prizes are randomly divided. World Series qualifiers are being awarded and WSOP Silk Road buy-ins are being awarded.

The $5.000 fund race is open to short-deck Hold’em 6+ players. Prizes are distributed between 9 groups divided according to the limit being played. Depending on the number of distributions with the removal of the rake, the corresponding number of points is awarded. In happy hours from 08:00 to 10:00 am Moscow time, points are being scored 1.5 times faster.

In July 2020, the TigerGaming Poker Leaderboard played out $40.000 among cash game participants. Hold’em and Omaha players can participate in the race. The former will play between themselves $30.000, the latter – $10.000. Each leaderboard is also divided into 7 groups corresponding to the limit being played. For every dollar of rake formed, one point is awarded. To participate in the race, click on the Opt-In button on the Contest tab.

Another leaderboard with a total prize of $5.000 is provided for SNG lovers. Points are scored in a similar way, i.e. 1 point for every dollar rake. The leaderboard is divided into 7 groups – one for each limit. Prizes are given in form of money and buy-ins for tournaments.

Starting June 28, PokerKing has held a daily draw of over 800 tickets worth $ 2.650. Take part in events for free, using satellites, Cyclone, On Demand and Step.

Until July 24, Twister format players receive additional privileges. They can complete daily missions and earn scratch cards and spins. Tasks may vary. For example, one day you need to play 10 lottery tournaments with a buy-in of at least 5 euros, the next day you need to win two Twister in a row, and on the third day you need to play a couple of jacks. For completing missions, prizes of up to 1.000 euros are awarded. During the day, only one card is played for each player. To take part in missions, click on Opt In in the lobby.

Until July 25, the RedStar Poker hosts a series of Belt Invitational freerolls with a total prize of up to 10.000 euros. To participate in free tournaments, you need to complete the missions consisting in a set of Status Points.

For 1 status point per day, a player is awarded a buy-in at the White Belt Invitational, and the first 50 places get a ticket for a yellow freeroll. This tournament can also be reached by typing 25 SP per day. TOP-50 players get tickets to the Blue Belt, where you can qualify for 70 SP. The player receives an invitation to the main freeroll (€ 10.000 Black Belt Invitational) if he takes one of the first 50 places in this event. For the 250 Status Points scored during the week, a ticket is also issued for the main free tournament in which the top 100 players will receive tickets worth € 100 for the € 50.000 Ultimate Sweat.

In RedStar Poker, like in other rooms of the iPoker network, there is a race among fans of the Twister format. For participating in lottery tournaments, the player receives as many points as he paid euro for the ticket. So, for winning the Twister for 10 euros, he gets 10 points. 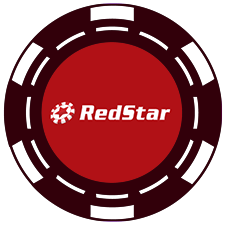 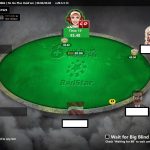 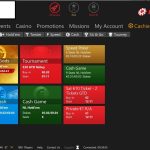